NJPW Best of the Super Juniors Preview: B Block Beginning this Saturday, May 21st, New Japan Pro Wrestling will begin their annual Best of the Super Juniors Tournament, which started way back in 1988. Two blocks of eight wrestlers compete in a series of singles matches. The top two competitors from each block advance to the Semi-Finals and face off, before the winners of those matches meet in the finals. Or, maybe they won't even do the Semi-Finals anymore after last year. The winner of the entire thing earns himself a shot at the IWGP Jr. Heavyweight Championship. This year's tournament runs from 5/21 until 6/7. The other half of Roppongi Vice, and another Chaos member, the former Trent Baretta gets a shot at some singles work. He's most known for the tandem with Rocky Romero and is entering his second BOSJ. Last year, he managed eight points and, like Romero, I suspect he finishes around the middle of the pack. That's actually where I have most of the tag guys and where I would have put the Young Bucks had they been able to compete. I've always liked Beretta and it should be fun to see him work singles matches, especially against some of the top guys in the block.

Bobby Fish is probably happy to know that he's not the oldest guy in his block (thanks Liger). It'll be interesting to see how he gets handled in this tournament. Earlier this month, he cleanly defeated Tomohiro Ishii, a NJPW heavyweight, to become the ROH Television Champion. Juniors don't beat heavyweights often. NJPW could either ignore it or use it to book Fish a bit stronger. Either way, I don't see him coming out of the block, but I'd predict that he lands in third place, finishing with the same amount of points that he had last year. It's as if New Japan went out of their way to try and find the most boring possible replacement for Nick Jackson. Chase Owens is the bottom of the barrel when it comes to Bullet Club members. We're talking lower than Yujiro Takahashi and probably Cody Hall. He participated last year, earning eight points, but I don't him reaching that total here. He is in a tough block and, as a replacement, it's clear there weren't many plans for him. Hopefully, he can actually impress this time around but if he's anything like he's been in recent memory, it's not likely.

You all know Jushin Thunder Liger. He's the ultimate veteran of the junior heavyweight division and has been seen in ROH, WCW and even NXT last year. Liger will be competing in his twenty-fifth BOSJ and is a three time winner ('92, '94 and '01). Even though he got some recent shine in a Jr. Heavyweight Title match against KUSHDIA at Wrestling Dontaku, don't expect a big showing from Liger this time around. He'll have good matches, be super over and nab a few wins, but he most likely won't threaten to win. Like a lot of veterans, he knows that his job is to help put over the other guys in the field.

For a guy that isn't consistently around, Ricochet has had a lot of success in the division. He is one of the current (and two time) IWGP Jr. Heavyweight Tag Team Champions, has had shots at the Jr. Heavyweight Title itself and even won the BOSJ back in 2014. He took part in 2013 and also did pretty well then. Ricochet is one of my picks to finish in the top two of B Block. He's always booked strong and look for him to have some of the top matches in the block. Make sure to especially watch out for his bout against Will Ospreay, as their match in Evolve earlier in the year was great. 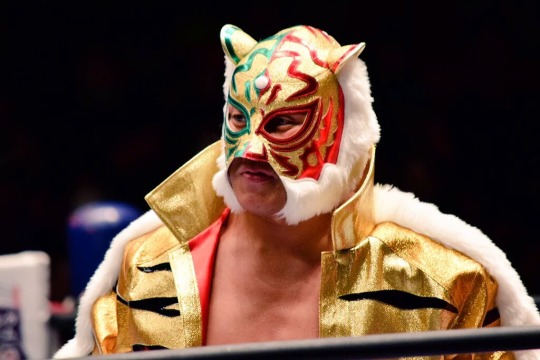 Like Jushin Thunder Liger, Tiger Mask has found past success in the tournament, winning it in 2004 and 2005. This time around, he also finds himself in a position like Liger. He's there to be a veteran, have some decent matches and put guys over. Last year, two of his eight points came at the expense of a forfeit and another came due to a young lion that lost every single match. Don't expect Tiger Mask to pick up many points. 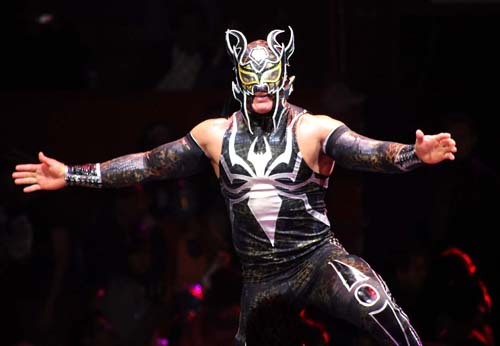 Since I am unable to follow CMLL on a regular basis, I haven't seen much of Volador Jr. He has gotten some relatively rave reviews from some fans and I'm looking forward to seeing him. I've heard a lot of people are especially stoked for his match with Ospreay. Anyway, CMLL tends to have a representative in this tournament often and they usually finish around the middle of the pack. I think we get more of the same here, but he'll end up on the higher end of the middle. It's his first BOSJ and I think he'll make a bit of an impact. 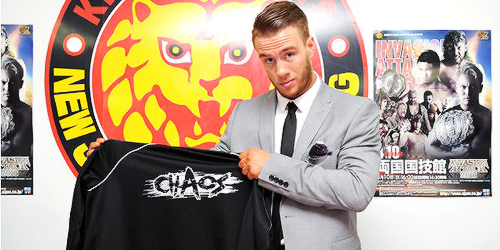 It's quite scary to think about how good Will Ospreay is at the ripe age of 22. He's been one of the best wrestlers so far in 2016, with multiple excellent matches. I've seen him tear it up against Ricochet, Marty Scurll, Zack Sabre Jr. and KUSHIDA in his NJPW debut, just to name a few. He's a heavy favorite in this and I damn near picked him to win out his block completely. I decided against that, but still see him winning the block. He's pretty much a lock to finish in the top two here and I have him in the finals. Ospreay should have great matches and a lot of victories.