This will be a relatively simple top ten list. Of all of the matches produced on WWE television in the year 2014, I choose the top ten. I would like to give special honorable mention shoutouts to Sasha Banks vs. Charlotte from NXT TakeOver: R Evolution, John Cena vs. Cesaro from Raw earlier this year, the WrestleMania 30 main event and the Dean Ambrose vs. Seth Rollins Street Fight from Raw the night after SummerSlam I believe. 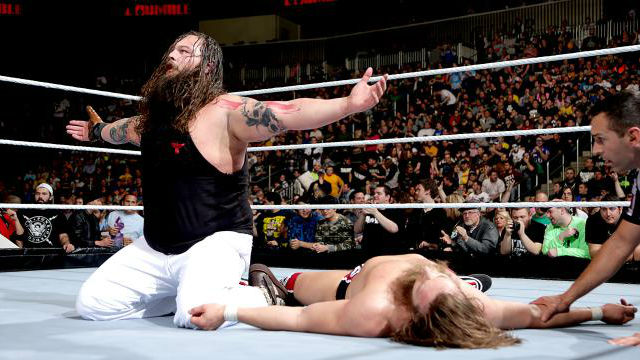 Remember when Bray Wyatt was the next big thing? That was around this time. After lackluster feuds with Kane and Kofi Kingston, Bray Wyatt set his sights on the most popular WWE Superstar, Daniel Bryan. He targeted Bryan and wanted him to join the Wyatt Family, citing that Bryan belonged with them. I'm sure it wasn't just because of the beard either. Bryan joined the group, only to turn on Bray, leading to this. They opened the Royal Rumble and set a bar that nobody reached that night. Bray needed to have a star making performance after his previous matches disappointed and Bryan helped him get there. Bray scored a clean pinfall over the hottest guy in wrestling after 21 minutes and it did not halt Bryan's momentum. Booking done right.

While Smackdown is no longer really considered to be must see television, it does end up having its fair share of good matches, none better than this one. On the November 14th episode of Smackdown, Dolph Ziggler defended his Intercontinental Title against Tyson Kidd and Cesaro in a rare elimination Triple Threat match. The match was exciting and featured a lot of near falls. After Dolph planted Cesaro, Kidd stole the cover to eliminate the Andre the Giant Battle Royal winner. That left it down to Tyson and Dolph, who continued to steal the show. Dolph would retain after 17 minutes, as part of his great year in the IC Title ranks, and while this didn't lead to anything further it was damn fun. 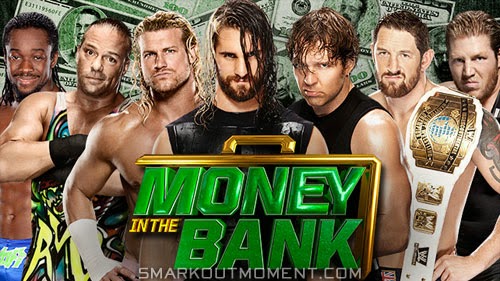 At the Money in the Bank Pay-Per-View there were going to be two multi-man ladder matches. The one with the WWE World Heavyweight Title on the line was nowhere near as good as the one for the briefcase. The talent in the match was damn good and their goal was to steal the show. Dean Ambrose and Seth Rollins took center stage, and rightfully so. Their rivalry was the hottest in the WWE, and we got our first dose here when Dean superplexed Seth from the top of a ladder. After tons of high spots and excitement, Ambrose was near the briefcase when Kane came out and cost him the match. This allowed Seth to retrieve the briefcase just before the 26 minute mark, closing out a damn fine match.

While the final product for the teams in this year's Survivor Series main event disappointed (I'm looking at you Erick Rowan, Big Show and Mark Henry), the match delivered. It was the longest match of the year for the WWE, clocking in at 43 minutes. Rusev was protected by a countout elimination, and guys that I don't like, like Ryback were gone quickly. Big Show turned on John Cena for the 46th time, allowing Seth Rollins to pin Cena and Show to get himself counted out. This left Dolph Ziggler down 3 on 1, before he pulled out a 2003 Shawn Michaels like performance, rallying to get it down to he and Seth. Triple H got involved, but this led to the ultimate moment of Sting appearing on WWE TV. He gave a huge assist to Dolph, who got the pin and ended the Authority. Drama personified. Speaking of drama, a ton of that could be found in the main event of NXT TakeOver: R Evolution. This is the most recent match on the list and was an outstanding outing. Leading into the match, Sami Zayn was known as the guy who couldn't win the big one, so with one more shot at it, he put his career on the line. The crowd made this even better as they were absolutely jacked for this. The crowd ate up every near fall. Storytelling was vital here as they had callbacks to previous matches and when Sami finally got the pin, the heartfelt moment was real. 23 minutes of non stop action as this was a fitting main event to the best show of the year. Sami's tender moment was short lived, but we'll always have this match.

5. Evolution vs. The Shield; Extreme Rules 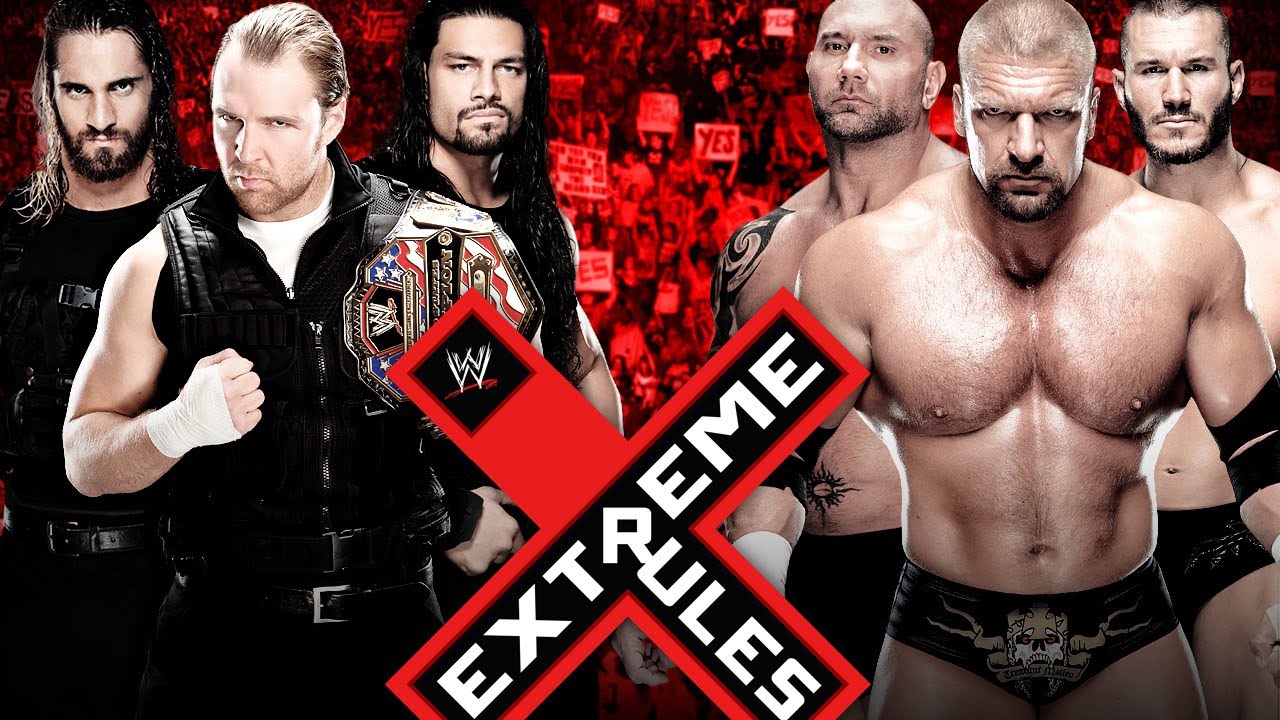 Coming off of a surprisingly great WrestleMania, the WWE was on a high that unfortunately wouldn't last. However, heading into Extreme Rules, a dream match was set. The best stable of the past 15 years, Evolution, reunited to take on the best stable since they originally existed, the Shield. This had a big fight feel and stole the show at Extreme Rules, before doing the same at Payback. Their first outing was better though. They went just about 20 minutes and saw Seth Rollins dive off of a balcony in the crowd. What made it even better was the fact that the Shield won cleanly, which they would do again at Payback, before splitting. The right team won in a fantastic match.

4. Dean Ambrose vs. Seth Rollins; Hell in a Cell Raise your hand if you see a trend in these match of the year candidates. If that trend you see is Seth Rollins, then you caught it. The man has been the absolute best that the WWE has to offer week in and week out. His feud with Dean Ambrose was arguably the best of the year. They took a stupid stipulation like a Lumberjack match and made it work at SummerSlam before moving into this match. The fans wanted them to get it on in a Hell in a Cell and they got it. To make things even better, they main evented the show. Dean climbed to the top of the Cell instantly, letting us know that this wouldn't be your average singles match inside of a Cell. They took bumps from halfway up the Cell and nearly were stretchered off. Dean wanted none of that, stopping this and bringing things inside. They then proceeded to beat the hell out of each other for 14 official minutes. Seth would win after some shady interference from Bray Wyatt, keeping this from moving up. 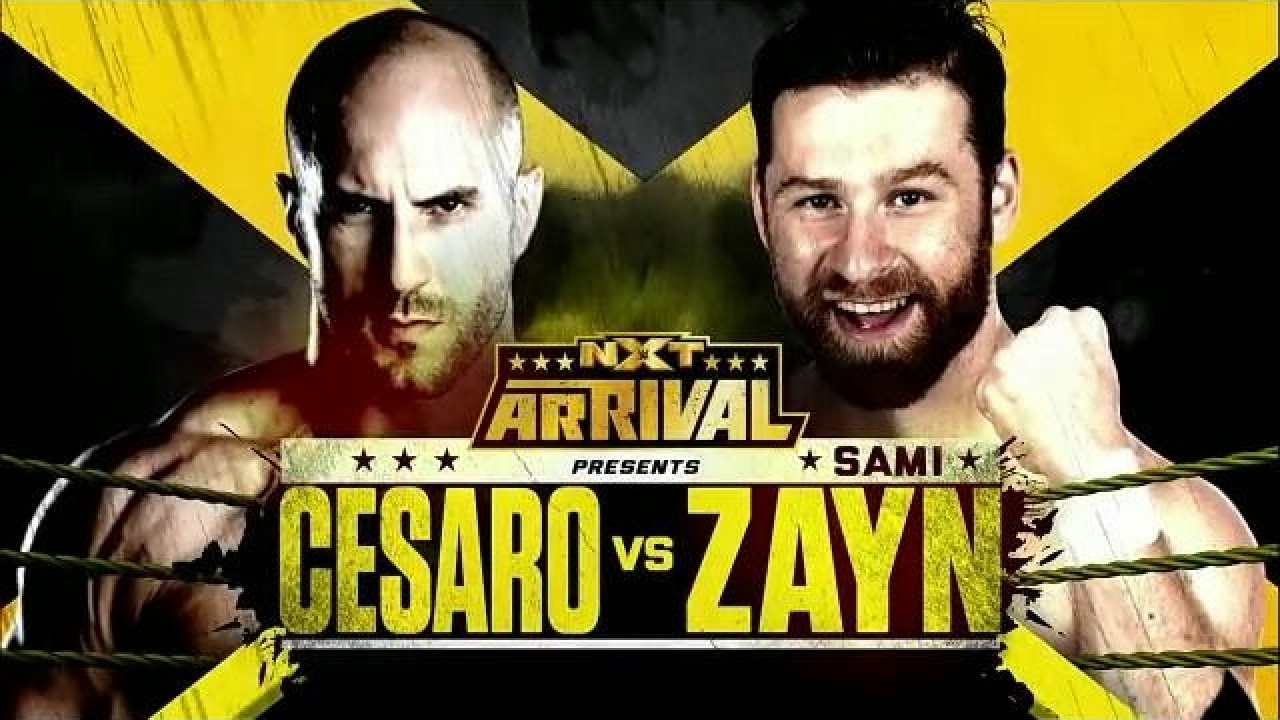 After going live for the first time on February 24th, the WWE Network faced its first test just days later for NXT ArRival. It would test the Network's ability to stream a live event, but the bigger story became the show itself. It opened with Cesaro vs. Sami Zayn in a rematch of their phenomenal 2 out of 3 falls match. This set the tone for what NXT would do each time they were given a chance, which was to steal the show. Zayn and Cesaro went out and tore the house down. Sami came close to winning multiple times and we saw callbacks to their previous matches. He attempted his suicide DDT only to run into a huge uppercut from Cesaro. Cesaro would win in 22 minutes, which was the right move with him just coming off of the Elimination Chamber, and set the "Sami can't win the big one" angle in motion.

Whether it was the original plan or not, WrestleMania XXX was Daniel Bryan's night. Right off the bat, Bryan stepped into the ring with Triple H, with the winner moving into the WWE World Heavyweight Title match later that night. We got a slow build as the match started with a feeling out process, since neither guy had ever worked the other. They built towards the hot finish as Triple H nailed the Pedigree but Bryan kicked out. Stephanie McMahon's reactions to everything were pitch perfect. Bryan would counter in the end and nail his huge running knee to knock off the COO of the company. The 26 minute opener was up there with the best WrestleMania opening matches ever. Bryan advanced to the main event, where he won the WWE Title and had his moment.

1. The Shield vs. The Wyatt Family; Elimination Chamber

If you read my blog regularly, then you know that I picked the feud between The Shield and the Wyatt Family as the rivalry of the year. Well, I'm picking them for Match of the Year too. As I said in that post, there was something special about these six. The fans were on their feet and ripe with anticipation just from seeing them stare at each other across the ring. When they actually had their showdown, it was special. Seth Rollins, again, had the big show stealing move by countering a top rope German suplex attempt, and chaos ensued throughout. In the end, Bray Wyatt pinned Roman Reigns; something you would NEVER see now, and the Wyatts won an absolute thriller.
Posted by Unknown at 7:29 AM